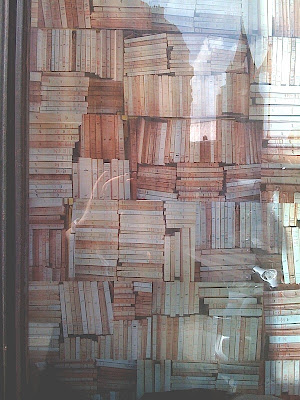 Condition is paramount. The French have higher condition standards than their grubby roastbeef counterparts across the manche and will throw books that we might call "very good indeed" into the channel. They like limited editions on vellum or on complicated paper, sometimes so strange as to be almost unshelvable. We are talking editions du tete which if also signed can make megabucks (Jarry's Ubu Roi one of 15 copies signed 'Monsieur Ubu glorifie Laurent Tailhade / Bien amicalement / A. Jarry' made 200,000 euros in 2004 in a Bonet binding.) They take the internet pretty seriously and tend to overprice English language books. They do not seem to have the same respect as us for minor, unknown or obscure authors and tend to price them low even if theirs is the only copy. They had the internet in primitive form ('Minitel--see below') as early as 1982 so naturally progressed to the web with almost all dealers on it from 2000 onwards. There is a scene in Polanski's 'Bitter Moon' showing Peter Coyote searching for filles de joie on his minitel. Plus ca change etc., 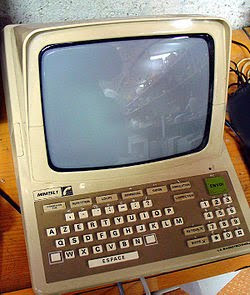 The photo above of French books in a window is actually a dress shop on the Rue de Rennes with books being used as a fashion prop. Fashion and books seem to go together in Paris -watches inspired by St Exupery, a shop selling decadent looking clothes called Dorian and another named after Colette. Jane Birkin's second daughter Lou Doillon is opening a shop bringing literature and fashion together in the bohemian 11th arrondissement in the fall of 2009--" We’ll have a mix of fashion, literature, modern and old, and it won’t be conventional,.." says Lou. If invited to the vernissage I'll get on Eurostar and report back... Is this the way forward? 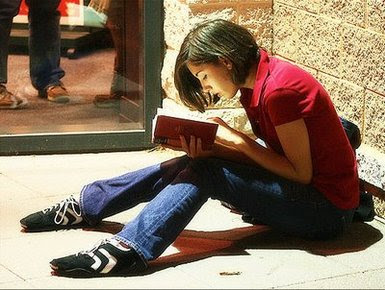 Peter Coyote is not dead, by the way.

"There is a scene in Polanski's 'Bitter Moon' showing the late Peter Coyote searching for filles de joie on his minitel."

Check out his Wikipedia entry.

Buying and selling French books on the internet is not a lucrative trade. It may be that the French only like to buy from their own dealers. That would be sensible, since they're closer at hand. When I was in Paris several years ago, I acquired a number of signed editions of poets books including Guillevic, Reverdy, etc. None of these ever sold online, and we still have them.

Paris used bookstores have a different tradition than British and American ones. They tend to deal in a relatively narrow range of inventory, and to cultivate individual customers, carefully. A customer may come in and chat once a week 25 times in a year, then buy a book for 3000 francs, after having considered it carefully for a long time. Most French books are sold in cheap paper covers, and then are routinely rebound. Custom rebinding is still a strong tradition there, whereas in the UK and U.S. it's an abandoned trade. The French also like livres d'artistes, which are not nearly so important over here. It's really interesting how different these national distinctions are, and continue to be.

Thanks for that Curtis--I was thinking of David Carradine. I take your point about the French trade and find that they hardly ever buy from abroad, however French collectors will if motivated. Also binders are more prevalent there and generally far better--however binding has not died out in UK at least and, at the top end of the trade, is used extensively.