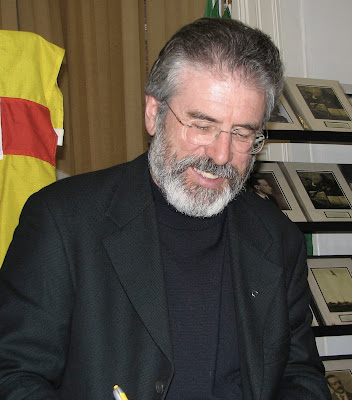 Not entirely surprisingly, shouty politician and preacher , Ian Paisley, is a collector of nonconformist theological tracts dating from the seventeenth century onwards. His political opponent, Gerry Adams, is also a collector, and once confessed that he found it very difficult ‘ to walk past a second hand bookshop’. Can’t imagine him studying Cardinal Newman or Ignatius Loyola, though.

Just after the end of the Second World War TV zoologist Desmond Morris met the inebriated Dylan Thomas at the Aldbourne home of the painter Mervyn Levy. After a spellbinding tour de force in which he substituted the words of the Lord’s Prayer 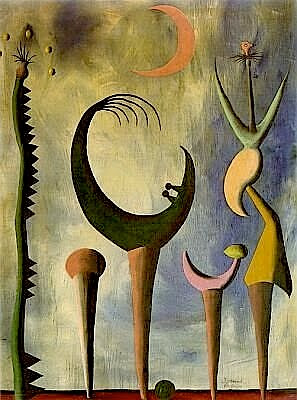 for his own, Thomas turned to Morris and offered to swap a poem in manuscript for one of Morris’s surrealist paintings. Rather bizarrely, Morris declined the invitation. Not a great decision , Des ! In fact Dylan specialist Jeff Towns, who assembled the wonderful archive in Swansea, will gladly tell him just how bad a decision this was. Thomas remains a favourite with Morris, who owns several of his first editions.

I suppose there is a collector for almost everything. The lovely and very funny Posy Simmonds, whose film Tamara Drewe is dividing opinion at present, happens to be a fan of trade catalogues. She treasures her copy of Art for Commerce: Illustrations and Designs in stock at E.A. and S. Robinson , printers, Bristol in the 1880s (1973) which she bought new for £8.50. Expect today to pay £22. The market for trade catalogues---from booksellers’ catalogues that can occupy thirty or more pages at the end of a volume, to catalogues from the early days of wireless-- has always been strong. As a satirical cartoonist Simmonds uses her catalogues to get accurate period detail, and novelists do the same.

The library of Ronald ‘ Akenfield’ Blythe is eclectic , as some of it contains the remnant of the books he inherited from artist John Nash, whose home he occupies. But travel enthusiast Blythe actually acquired the extremely rare E. M. Forster item, Alexandria: a history and guide (1922), himself very cheaply a few years ago. As most of the print run was destroyed in a warehouse fire, few copies appear for sale. At present ABE have just four firsts, all in tip top condition, with the cheapest at $894. Gekoski’s signed presentation copy will cost you $3252.

Perhaps guilt at being responsible for the destruction of so many trees is one of the main reasons why Felix Dennis has become a great planter. He hopes to create a ‘Forest of Dennis’ in south Warwickshire where he lives, and his library there holds a number of works on silviculture, including a first of John Evelyn’s Sylva (1664 ), which used to belong to a Scottish laird. At present he is gathering a massive collection of tree books which will go to his personal charity when he’s dead. 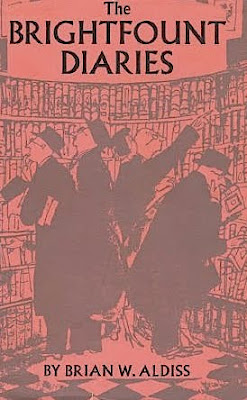 dealers will argue that no book is unsaleable. Wrong ! Damp, mouldy and out of date law books from the nineteen sixties, school textbooks on physics and tattered fifth editions of books on electrical wiring are well nigh impossible to shift. In Brian Aldiss’ hilarious debut novel The Brightfount Diaries, which is based on his early career as a junior bookseller in Oxford, Aldiss singles out for scorn the long poem Lalla Rookh ( 1817 ) by the once popular Thomas Moore. The book invariably ended up in the shilling shelf in Aldiss’s shop and even at this price there were no takers. Eventually the unsold copies were sent to Birmingham Waste Paper. The poem’s reputation hasn’t recovered since the fifties and today it is sometimes recommended as a sure-fire cure for insomnia, though at prices from £6 to £50 ( for a first ) it might prove an expensive sedative. Aldiss also borrowed from the shilling shelves the equally soporific Lamia’s Winter Quarters ( 1898 )by the ‘Poet’ Laureate Alfred Austin-- because he liked the title. ‘ It was actually an awful book ‘, he later told me. There is a theory now that poetical no-hopers deliberately invent appealing titles to get people to buy their unreadable books. But perhaps this subject deserves a whole blog of its own.

As someone who in their teens wanted to be a librarian, Germaine Greer, not surprisingly, condemns the destruction of books, even though she has also confessed to throwing a copy of Conrad’s Secret Agent out of a bus window in exasperation. She didn’t say whether or not it was a first. Greer is particularly down on dealers who ‘break’ volumes containing prints and maps. In the 1990s she ‘ infuriated ‘ the ABA by suggesting that a new international law be introduced making it an offence to break any book published before 1800. She also demanded that all dealers in prints and maps show a provenance to prove where they obtained the items in question. ‘Maps and prints belong in books ‘, she averred, ‘ not as part of an interior design scheme, framed and behind glass ‘. [R.M.Healey]

Cheers Robin, delightful gear. One could do a piece just on books thrown out of windows. One incident that comes to mind is Kingsley Amis on the train to London reading his son's latest novel 'Money.' When he came across a character in the book called Martin Amis he threw the book out of the window. Probably a signed presentation copy too. The Reverend Ian has been in my shop more than once and is a serious accumulator of theology--he had more than one bodyguard and, I am told, uses a specially armoured car to transport himself and his books. A good guy and a good punter, as I'm sure is Gerry Adams (not seen so far--it would be interesting to see if he really has 'GBH eyes.') As for Posy there is a scene in one of her comic books where a cult writer is looking up his own books on ABE and is surprised at how much his signed inscribed copies are worth; he then becomes very vexed that the dedicatees (old lovers) have sold the books...
Posted by Bookride at 10/05/2010

The question of when (or indeed if) to sell books dedicated to oneself is a tricky one indeed. I have certain original art items in my collection which could fetch a tidy (and indeed, welcome) sum but the artist is still with us and, I understand, is an inveterate "watcher" of sales of his work. These, I think, will have to wait but as the years go by it then becomes a question of who will pop their clogs first - me or him? - and I shudder to think what my offspring might do with the material.

I can direct you to mountains of unsaleable books, in any thrift store (what you would call 'charity shop') in America. 80s or 90s computer manuals are a personal favorite, especially when the deluded book pricer has put something like '$10' on it. Ten cents would be too much.

When I used to work at Harvard University Library long ago, I used to enjoy browsing the stacks in the Victorian poetry section. Hundreds upon hundreds of volumes -- an entire aisle, both sides, as I recall -- of lovely leather-bound books, any one of which upon inspection would reveal the old hand-written card indicating that it had only ever once been checked out, back in April of 1892 or some such date. I think all those volumes have been moved into remote storage by now. Might as well be the landfill for how accessible they are.

Fnarf, when I was writing my thesis at Harvard (2003), I enjoyed checking out books from Widener that hadn't been checked out since the 1870s (mainly Sanskrit-subject books written in German), and was always entertained that they were still check-out-able.

On book-breaking... I had to break it to my father-in-law that I was not thrilled at his purchase (for me) of prints cut from various books. Felt a bit bad about it, as he thought I'd be pleased, but really I felt as if I'd presented (vegetarian) him with a lovely roast turkey. Nice thought, but I really can't support the action!