I met someone the 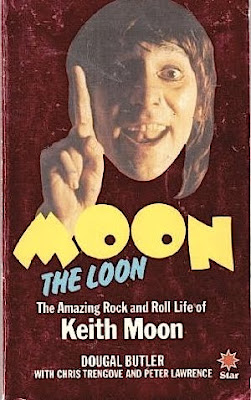 other day who had never heard of Max Beerbohm. The incomparable Max, the Divine Max, neglected and forgotten. It would not matter much but the person was a bookseller and Max is still perfectly saleable. They were also specialising in the popular field of 'Children's and Illustrated', possibly an area that doesn't attract those overburdened with brains, but it is more likely to do with the chap's age. He was late 20s with a head stuffed with apps, trash knowledge, celebrity trivia etc., Also there is less need now to actually have knowledge in your head when you can download it in seconds on to an Iphone or laptop. A worse case was a young woman (early 20s) in the shop last week looking for books on drumming. I showed her a vintage paperback about the unforgettable Keith Moon - Moon the Loon. She did not want it, not because it was £20 but because she had never heard of him or even his group, 'The Who.' Things are moving on rapidly and it is now difficult to make assumptions of common knowledge. Forget The Western Canon.

More chilling was a report from a fellow dealer in Paris. He was in a used bookshop opposite a busy school for early teens and he asked the proprietor if any of the kids came in the shop. The man told him he had been there over 10 years and none had ever been in. Possibly peer pressure but more likely to be complete indifference. So far it is slightly better in Charing Cross where we still see quite a lot of young readers…


Moon the Loon is one of about a dozen books on The Who (once considered the third biggest group in the world after The Beatles and The Stones). There are at least four books on 'wild man of rock' Keith Moon, the most valuable being Moon the Loon with 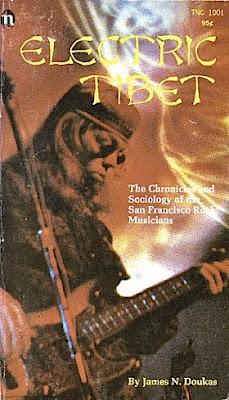 prices up to $100 for limpid examples. There is also the elusive Dear Boy: The Life of Keith Moon by Tony Fletcher - a hardback from 1998 that can command £40. Of rock paperbacks the Black Tulip is The Guv'Nors of R&B: The Stones. One copy on line from the estimable Between the Buttons (never knowingly underpriced) at £180. Published in Amsterdam 1971 with 60s style cover art, said to be mostly lyrics. Fancy prices are asked for Michael Moorcock's Great Rock n' Roll Swindle (Virgin 1980) but it can still be bought cheaply and might be worth laying down. Punks are now in middle age and some have formidable amounts of money. My favourite is Electric Tibet. The Rise and Fall of the San Francisco Rock Scene (North Hollywood 1969) a glimpse into a vanished world, fine copies can make $100.
Posted by Bookride at 10/01/2010

'She did not want it, not because it was £20 but because she had never heard of him or even his group The Who.'

'Ah, the bower we shrined to Tennyson, gentlemen. . .

I'd love to read that book, even though Keith Moon died when the only records I owned were 7-inch "long-playing" Winnie the Pooh stories. Unfortunately I'd be leery of actually reading a 40-year-old paperback that I'd paid over $20 for.

"Moon the Loon" has always been sought afteer over here, especially in the pre internet days.In my twelve years of working at the shop I managed that specialized in such books, we never had a copy, and trust me we looked; I had punters lined up around the block for it.

Another vintage item of impeccable pedigree is Julian Cope's 'Krautrocksampler'. Not many turn up on the market and when it does you won't get much change out of 80 quid.

A few years ago, in a suburban charity shop, I came across a slightly rancid copy of Pamela Des Barres' notorious 'I'm With The Band: Confessions of a Groupie'. Knowing it was, at that time, rather sought after, I sheepishly presented the lurid paperback to the prim and somewhat intimidating lady behind the till. The withering look she gave me - a balding, grey bearded sixty-something - as I handed over my
50p, was one I will long treasure.
As I will the £40 or so I subsequently sold the book for.....