A - Z of Celebrity Collections 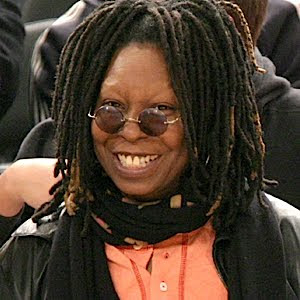 It is estimated that there are 50,000 collectors of Black history in the US, and Bill Cosby, once the highest paid entertainer in the US, is one of them. He is a keen collector of African Americana, and it is likely that he has a copy of the only book to be published by Phillis Wheatley, the first black poet to appear in print. Her Poems on Various Subjects (1773 ) is one of the most sought after books by collectors of African Americana and its appearance in sales always arouses enormous interest. In 2006 a copy sold for $34,000 at Swann in NYC. But it is unlikely that Oprah Winfrey, who has taken over Cosby’s title, would want to spend any of her many millions of dollars on a book of eighteenth century poetry. She is more interested in collecting black angel dolls and other less elevated Black Memorabilia, such as Aunt Jemima cookie jars and images of black children eating water melon----all generally ignored by serious collectors. Chanteuse Anita Pointer of the Pointer sisters collects the same sort of stuff. Film-maker Spike Lee and Whoopi Goldberg are also collectors—though exactly what they collect is uncertain.

According to Denis Healey, who owns a signed first edition of it, complete with wraparound, Beckett’s four page poem of 1930, ‘ isn’t terribly good ‘.Today, ABE has two similar copies at $12,5000 and $15,000.Unfortunately, Healey no longer has a copy of his favourite book by Beckett--- Murphy, which he bought when it appeared in 1938. He lent it and it was never returned.

Popular wit and entertainer Stephen Fry is a notable collector of books by P. G. Wodehouse, but I gave up trying to arrange an interview with him after three written attempts. It might be best to ‘tweet ‘him should you wish to know more about his collection. 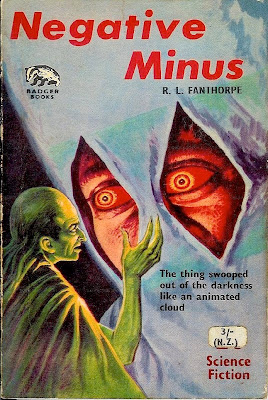 Another Wodehouse fan is actor Richard Briers, who is President of the Wodehouse Society. He has admitted to collecting first editions (presumably of Wodehouse), but didn’t elaborate .

Sci-fi guru Brian Aldiss, who began book-dealing while at public school, houses part of his impressive sci-fi library in his Oxford home, but envisages that the remainder will end up in some library archive, possibly the Bodleian. Dallas Public Library already holds 5,000 items.
Oddly, Aldiss was born in the same street in East Dereham, Norfolk as motorcycling martial arts expert, sci-fi writer and TV presenter Lionel Fanthorpe, who is said to be the most prolific living writer in the world. It’s hard to believe that this genial bearded cleric from Cardiff was once the king of sci-fi pulp, with an impressive back catalogue of 168 titles ( including Barrier 346, Space Fury, Crimson Planet, Alien to the Stars) published in the fifties and early sixties by Badger Books. Making his debut at the age of 19, and writing under a number of aliases, including Bron Fane, Pel Toro and Lionel Robert, Fanthorpe was averaging one book every twelve days. He eventually gave it all up to pursue another career as a writer on psychic phenomena, but occasionally meets fans of his pulp fiction at conferences. One enthusiast asked him to sign a whole pile of his books. Indeed early Fanthorpe pulps, with their lurid covers, are avidly collected, though prices are generally low---inevitably due to Fanthorpe’s over-production—at $3 for the seventies reprints and around $10 for the really early first editions.

Barry Humphries, Aussie alter ego of Dame Edna Everage and cultural attaché Dr Sir Les Patterson, has admitted in Who’s Who that one of his recreations is reading bookseller’s catalogues in bed. He also ( or used to ) collect kitsch objects, which I suppose may include books; but he is certainly a serious collector of fin de siècle publications, notably The Yellow Book, one of whose contributors was Theodore Wratislaw (1871 – 1933), a poet with a colourful ancestry. 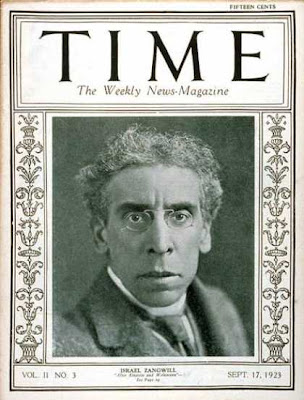 A trained solicitor and apparently a Count of the Holy Roman Empire, Wratislaw self-published two slim volumes in 1892 and another the following year. Maggs has a copy of his Orchids (1896) at $682, while another dealer wants $894. All these titles appeared in small editions and later titles ( such as his translations from Villon ) were even smaller.

It’s unlikely that this chronicler of Jewish working class life in London’s East End at the fag end of Victoria’s reign will ever regain his former popularity, though the efforts of London chroniclers Peter Ackroyd, and in particular Iain Sinclair, who has a large collection of his works, may help. Whitechapel and Spitalfields are now chic, thanks to denizens Tracey Emin, Gilbert and George and Dan ‘ House Detectives ‘ Cruikshank, but in Zangwill’s time this was one of the poorest parts of London and very much a Jewish ghetto. Firsts of Zangwill’s scandalous debut novel, Children of the Ghetto (1892) are not cheap. Jarndyce have a harlequin copy of the three volumes at $235, but firsts of his later novels are dirt cheap—sometimes under $10.

" I’ve been collecting books for years They never let you down and you can pick them up in years to come. "

Thanks Robin, the end of a great series. I have seen Whoopi Goldberg at bookfairs and I think she collects classic black literature but she might also collect Art Deco and Wiener Werkstatte. As for Stephen Fry I had heard he collects Wilde, Georgette Heyer and possibly Corvo. He seems currently to be annoying punters by his ridiculous ubiquity but it is hard to feel any animosity to the creator of the Bishop of Uttoxeter (or Control and Tony) and other outrageously funny sketches. A word of warning with Israel Zangwill--he signed a lot of his books, do not increase your house insurance if you find one.
Posted by Bookride at 10/20/2010

Mr Healey can replace his lost copy of Murphy with "an exceptionally fine copy" from Sotheby's on 28th if he has a spare £25k-£35k. They also have a Whoroscope at £2k-£3k with band laid in.

'Ridiculous ubiquity of Stephen Fry?' Surely we don't see enough of him? Personally I would like to see him replace the moron Moyles, take over from the Ross spot from Norton (an appalling choice), also replace Paxman on University Challenge and Newsnight and the fool Tarrant on Who wants to be (condescended to) by a Millionaire. Later on an entire TV network could be devoted to his genius. I am in earnest...

Another interesting addition to the bibliographical compendium, Robin. Thanks.
Did I see Barry Humphries at an auction many years ago in London snapping up lots of books by the The Great Beast, aka Aleister Crowley - or was it all a nightmare? It was the same auction at which I bought the manuscript copy of "The Beast With Five Fingers" by W.F.Hervey.

A little bird tells me that the Aldiss collection may have been sold and is now out in the market.

Zangwill's "Big Bow Mystery" (a Queen's Quorum cornerstone title) remains elusive and expensive. At present there seems to be just US editions on the net and I don't recall ever seeing a UK first edition

Re The Yellow Book", I worked for a dealer who routinely sent "collectable" turn-of-the-century firsts to be rebound if they deemed the binding scruffy. Of course the poor Yellow Book never stood a chance. They acquired a set whose original owner had managed to get a surprisingly large number of the authors to sign their contributions, in recognition of which, they had their West-Country binder rebind the volumes in black crushed 1/2 morocco (yellow buckram boards) rather than the calf in which a lesser set had been rebound. Retribution came at the hand of the binder. Careful examination revealed the ghost signatures of the contributors, Henry James among them, washed out by the binders, who had assumed them to be blemishes.

[Same firm, at that time, had a first of Hadrian VII, rebound, quarter calf, upper cover & spine bound in, priced, with dealer's mark up and rebinding by above-mentioned firm, at £17.

This has been great - many thanks Robin & Nigel