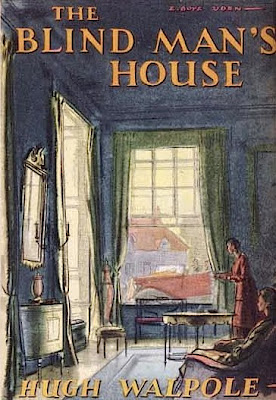 Fashion’s a funny thing. Turn up at Gekoski with an armful of signed firsts of Barrie, Galsworthy, Coppard, Shaw, and Walpole, and you’d be politely shown the door. Waddle in with a battered copy of Ulysses complete with an authorial inscription to Wyndham Lewis and suddenly he’s fishing out his cheque book. Eliot, Pound, Lawrence, Joyce and Lewis were all of the golden 1880s generation who came good in the 1920s, but it would seem that in the era of their greatest fame as modernist icons, book collectors actually preferred Galsworthy , Barrie, Coppard , Shaw and Walpole. Indeed, in magazines like the Bookman, whole articles were devoted to collecting their firsts and limited editions-complete with ‘ points ‘ in this developing market for modern firsts.

Fashion never bothered the average reader. Shaw hasn’t been’ in ‘since God knows when, but no-one told me that when St Joan was chosen as a text for my O level syllabus. As far as my teacher was concerned, Shaw was as relevant in 1968 as he had been in the twenties. And the importance of Galsworthy was recognised by producers of that sixties adaptation, The Forsyte Saga, while Coppard was surely still in vogue in the late sixties if a series of his dramatised short stories on TV was any indication. It followed ( I assumed ) that collecting their books was a good investment move. I clearly remember as a teenager in 1969 being shocked to discover that the first of Shaw’s Apple Cart that I had recently plucked out of a jumble sale for sixpence was only worth about 2 shillings. Today you can get one for £1—even less in real terms-- on the Net.

The Bookman of the early thirties is a good source of material on the market for modern firsts. The expert, usually Gilbert H. Fabes, who wrote long 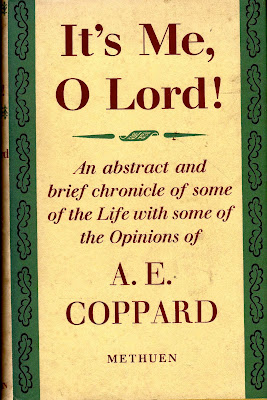 bibliographies based on these contributions, doesn’t focus entirely on the moderns, but is clearly intrigued by the trends he discovers in the market. According to William Foyle, Fabes’ knowledge of the modern first edition market was ‘ unique ‘, though other collectors and dealers felt unhappy that he had given away too many trade secrets in his first bibliography. Today, as a bibliographer Fabes can be seen as a trailblazer, despite the fact that his critical judgements would not now bear scrutiny—he classed Priestley with Dickens and A. A. Milne with Lewis Carroll. Masefield too was reckoned among ‘ the first rank ‘.

This price movement upward appears to have began in the prosperous years of the twenties, at about the time when the rage for collecting modern etchings took fire. In a magazine interview in 1927 a young actress called Barbara Hoffe, along with confessing rather bizarrely that her favourite meal was a mushroom omelette, also revealed that her favourite hobby was collecting ‘first editions cheaply’. Not long afterwards W. H. Smith launched a new quarterly, The Book Window, which was devoted to reviews of the best books and ‘ to those limited and deluxe editions likely to appeal to collectors ‘. But though the etching market collapsed dramatically with Wall Street in 1929, leaving artists like Graham Sutherland without customers, the Bookman pieces would suggest that the market for modern firsts was more resilient. The timing of the Bookman articles may even suggest that modern firsts were, post 1929, being promoted as alternative investments to etchings. 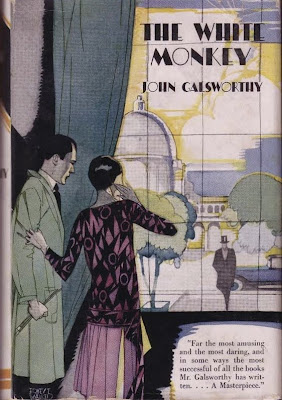 Today, on the whole, modern firsts are still better investments than etchings, though the Web’s print dealers would tell you otherwise. The sad truth remains that had your bookish granddad taken Fabes’ advice and bought firsts of Shaw et al sixty odd years ago they’d be worth a fraction in real terms of what he’d paid for them. Consider the table below and take into account the enormous inflation since the thirties -here stated at a modest 20 times factor:


Bet you wish your granddad had instead backed a young etcher called G. Sutherland when the crash came. His crepuscular pastoral scenes inspired by Samuel Palmer now retail at a cool £4,000 each. [R.M. Healey]

Thanks Robin, wise and timely words. Caveat emptor etc., As a dealer I have to differ with you slightly on Shaw values; last time I checked there were still good punters for signed Shaws especially with incisive and amusing inscriptions, and you would probably find the Oracle of Bloomsbury Square ponying up for a signed copy of Barrie's play 'Peter Pan'. I still get excited when I find a Galsworthy writing as John Sinjohn (they are far from common) but cool down when I check the price on ABE. His 1897 novel 'From the Four Winds' would be a good title for a prog rock concept album.

Who are the Coppards, Walpoles and Barries de nos jours? I suggest Louis de Bernieres and Ian McEwan --the first is already in decline and some very silly prices are now being asked for early McEwans-- a bad (or good) lead indicator... you might add Cormac McCarthy who had quite a showing in American Book Review's recent 40 Bad American Books. Turning up on Oprah may not have helped. Price, of course, does not reflect quality, good or bad. Values are determined by serious buyers, generally well off, confident, not to say self important. This is why Fleming still makes serious money but also Joyce, Orwell, Biggles and Greene.

As for Galsworthy you can find incredible variants in his prices. Some of his books are hard to sell for 1 cent. The world's most expensive web seller, whom I shall call 'Attic Books,' (because their prices go through the ceiling) have the signed limited edition of his collected plays at a mind blowing $2500 (it can be bought easily for $45 and his signed collected works in 30 exquisite vols can be had for considerably less). Oddly enough they have recently halved the price of this from $5000, a thing uncommon amongst gross over-chargers. Most absurdly priced books stay at the same level year after year-- a seller in the Midlands, who could be said to have put the peak in Peak District, has his entire stock at almost exactly three times normal retail and never reduces the prices. Because nothing much sells he has a very large web stock and his prices have become useful to many more sober sellers as they can generally get about a third to a quarter of his prices -and also appear to be eminently reasonable against his price. It's a mad world, my masters.
Posted by Bookride at 4/19/2010

Many thanks Robin and Nigel. John Smiths in St Vincent St (Glasgow of course) had a wonderful 2nd-hand dept on the top floor where - in the late 70s - I bought some nice inscribed Searles including one with a long inscription from him and Kaye Webb for £7 which i still have. I also still have one of the 1000 signed copies of Galsworthy's Soames and the Flag which cost a tenner there (and probably still costs a tenner; it's a strange dark little story but no investment).

They also had - briefly - a preparatory sketch by Peter Blake (with photos) for the Sergeant Pepper album for sale at £450 which was a lot of money then perhaps but would cost a fortune now.

Cormac McCarthy must be overpriced!

And one of my modern favourites - Derek Robinson - must be seriously underpriced. Several of his books are out of print and you can buy copies at his website.

Other than that, who knows??

To take up your thread of price inflation with modern firsts, I always wonder - what do people do who buy up copies of the Booker shortlist for instance, particularly the ones that have small first printings or suchlike, only to find it doesn't actually win? Someone was spending a fortune last year on Simon Mawer's Glass Room, for instance. I myself let nationalism get the better of me and plunged on Lloyd Jones a year or two before - they now take up nearly a foot of my bookshelf!

Attempting to corner the market is always problematic with books--look at Rolland Comstock and his 500 + signed Jim Craces...However there are books that have been shortlisted for the Booker that are now highly collectable especially older titles. Rees used to put out a catalogue of them but there name escapes me...Recent stuff is v tricky.