Libraries of the Great Dictators 1 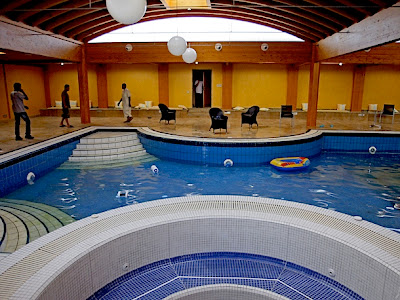 Most of those who commented on the pictures showing the deserted palace of Gaddafi were disturbed by the fact that for all his wealth the Great Dictator’s idea of opulence was having in one room a giant golden mermaid ‘ with a long beard ‘ and in another a bright yellow mock up of a sports car projecting from one wall . The bad taste was seen to spread to two further rooms that might have been small libraries, but were evidently not the sort that, say Hitler or Louis XIV would have had. The wall of one room had shelves stacked with what seemed to be hundreds of multi-coloured plastic bound photographic albums, some of which showed Mr Gaddafi smiling with fellow war criminal Blair. Another room was furnished what appeared to be proper books, some of which had been heedlessly been swept onto the floor. But books were not the concern of one wit who posted that a looter shown on the photograph seemed to have found the Colonel’s prized collection of Richard Clayderman and Barry Manilow CDs.

One mustn’t be too judgmental here. In another raid earlier in the year looters found books on Jewish occultism and sorcery in one of the Colonel’s palaces. And as far as the Tripoli palace is concerned, not all the rooms were photographed, and it could be that one locked room held a priceless collection of Korans and commentaries dating back to the ninth century, together with early Arabic treatises on mathematics, science and philosophy, all bound in precious jewelled encrusted camel-skin bindings. Or perhaps not. Almost all of the above could apply to Saddam Hussein, although he did not look like a Barry Manilow man. 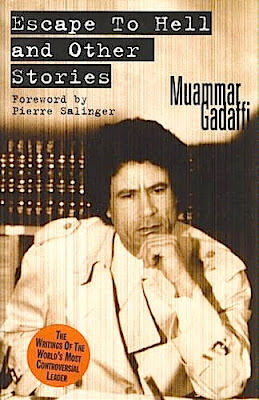 Could he read ? He became a General, so one must assume that he could. Possible contents of his library might have been: the uniform edition of Walter Scott in leather-style PVC, a colonial edition of Robert Burns in tartan cloth, a colour-in pop-up book of Castles of Scotland published by Odhams Press, and the selected poems of William McGonigall with an introduction by Andy Stewart.
However, probably no firsts…

According to many sources Hitler had been a bibliophile since his student days and at the height of his power received around 4,000 books a year into his library, which at one point consisted of an amazingly diverse collection of around 16,000 volumes, 1,200 of which are now in the Library of Congress. The disappointment is that most of these volumes were signed presentation copies from the authors, and there is no strong evidence that the Fuhrer ever read them. However, a few of the 1,200 have annotations, which suggested that Hitler was a habitual reader. Though no devourer of classic novels, he rated Robinson Crusoe and Gulliver’s Travels among the greatest works of world literature. He also loved trashy novels and among his collection were found many dogged eared books by a popular German writer of Westerns.

Some of the books he brought into his Berlin bunker are revealing too. It will probably never be known exactly what books the Russians found when they entered the Fuhrer’s private quarters, but an American Colonel, Albert Aronson, who was one of the first Americans to enter Berlin after the collapse of the Nazi resistance, was allowed by the Russians to take around 80 of the volumes that remained after the communist forces had picked the place clean and left. These books, which ended up in Brown University Library, included over twelve works on the occult that Hitler had acquired in the early twenties, such as The Predictions of Nostradamus and the infamous Magic: History Theory and Practice by Ernest Schertel, who wrote numerous books on flagellation and eroticism, and was 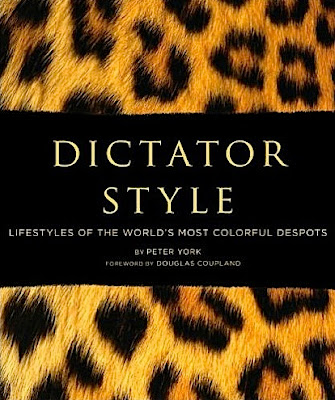 "a central figure" in the German nudist movement of the 1920s and 1930s. Hitler’s copy was heavily marked and bears a handwritten dedication from Schertel, scrawled on the title page in pencil. A particularly thick pencil line appears beside the passage "He who does not carry demonic seeds within him will never give birth to a new world." Other books were devoted to Nordic runes, among them a 1922 history of the swastika, richly illustrated with nearly 500 diverse renderings—in Egyptian hieroglyphics, Greek pottery, Mayan temples, and Christian crosses. William Dudley Pelley's The Dead Are Alive delivers "incontrovertible evidence on occultism, somnambulism, spiritualism, with sixteen photographs of ghosts." Among the photographic images that fill the final pages of the volume is one of five people levitating a table at an 1892 séance in Genoa and another allegedly showing the ghost of a fifteen-year-old Polish girl, Stasia, being consumed by a "luminous, misty substance."

The rest of the 80 were, like the Library of Congress books, a mixed bag : picture books, art journals, an Italian libretto of Wagner's Walküre, a 1937 edition of Mein Kampf, and two editions of Dr Alfred Rosenberg's The Myth of the Twentieth Century. [R. M. Healey]

Many thanks Robin. Chilling stuff. I remember once at a slow auction a generalist dealer reminiscing about a carpet he had bought that had been in Hitler's office, one wag asked him 'was it badly chewed?' As for Idi Amin I believe I heard he had a manual for his Ferrari. When it broke down the garage told him he would have to wait several weeks for the part from Italy but the dictator said that unless the car was ready the next day the mechanic would be shot. One imagines the unfortunate fellow somehow fashioned the part from metal or plundered another Ferrari. (Btw that's Gaddafi's pool above.) There is a good glossy book you sometimes see about dictator kitsch - Peter York's 'Dictator Style.' Why do dictators display such bad taste? Maybe it's because no one dare criticise or advise them...
Posted by Bookride at 10/15/2011

Thanks . I have a bookplate of Hitler, sepia colored with swastika eagle and leaf-- it looks right. Any idea of value?

Thanks Sarah -- I know the bookplate not esp uncommon, in fact you see it around and there may be fakes. One made $210 at Mohawk Arms Militaria Auction last year, measuring 4 inches by 3 5/8. It is saleable to foaming nazis, bookplate collectors and collectors of curios. Well underpinned but they can't be sold on Ebay. There is also a bookplate for Mussolini by the great bookplate artist Fingesten- I catalogued one thus:- Striking image of Mussolini reading documents with arrogant / anguished expression and in the background a prancing horse on a column and outline of Italy. Signed in pencil by Fingesten. Fingesten (a Jewish Italian who died in the camps) did unauthorised bookplates for famous figures and it can be assumed they were never used by their subjects.

I guess the westerns would be Karl May's "Old Shatterhand' novels which were hugely popular in Germany (are they any good?)

One of the books in Hitler's library is from a French chef to a 'fellow vegeterian' though the arguments as to how veggie Hitler was still go on.

Gaddafi aspired to be a man of letters. My local Oxfam shop recently displayed the presciently-titled "Escape to Hell and other stories" by Muammar Qaddafi, complete with dust-jacket in which the despot was pictured in scholar's robes in a booklined room (possibly the elusive personal library you speculate about).

Thanks Paul. Have put a pic of the cover up. He seems to have written two other books - 'My Vision' and another with the nifty title 'The Green Book: The Solution to the Problem of Democracy, The Solution to the Economic Problem, The Social Basis of the Third Universal Theory.' Pierre Salinger's eulogy to Q in the short story book is said to be nauseating and Amazon critics dismiss the book itself it as 'drivel.'

Margaret Thatcher's favourite author was, reportedly, Frederick Forsyth. I'm not sure if that was before or after he wrote a novel whose characters included a famously strong-willed British prime minister named Joan Carpenter.

This book is good one but i have gone through one website wehre it has best collection of books and based on adolf Hittler website is www.maansu.com

I'm libyan i have many old books were in gaddafi's library for sale any one serious contact me on elhallakmajeda@gmail.com